Home
Internet Banking
Which Banks Make Up CBG, List Of All Consolidated Banks

The Consolidated Bank of Ghana is known to be an amalgamation of some banks in Ghana. In this guide, we will set out to find which banks make up CBG.

Let me treat you with a brief history of the Consolidated Bank of Ghana. CBG was founded in 2018 in the month of august under the control of the government of Ghana.

Before that, the various banks that were merged to form CBG operated as separate entities. During the reforms in the banking sector by the Bank of Ghana, these banks united to form a common platform in which they could still serve their customers and the nation at large.

And over this short period from their establishment period, they have not ceased to thrill customers with appreciable and attractive banking products and services.

Consolidated Bank of Ghana is made up of seven {7} banks as of now, and these are; UniBank, Construction Bank, Royal Bank, Beige Bank, Sovereign Bank, Heritage Bank, and Premium Bank.

It was established with the first five banks in 2018, and the remaining two were added in the subsequent years.

Ever since its establishment, CBG has expanded the horizon of its influence, and it has increased its customer unit tremendously three (3) years down the line. It makes the saying true, “In unity lies strength.”

How Many Banks Make-Up CBG

Seven (7) banks make up Consolidated Bank of Ghana as of now. These banks have their asset merged to create a hyper-board for them to operate in the competitive front.

Which Year Was CBG Formed

Consolidated Bank of Ghana was formed in 2018. Its establishment was birthed at the banking reforms set out by the Bank of Ghana. This has to create a solid ground upon which banks can operate in Ghana.

What Is CBG Postal Address

This postal address is for all their branches located in Ghana, and it serves all their various working areas.

You can use it for contacting Consolidated Bank Ghana regarding their services and products. 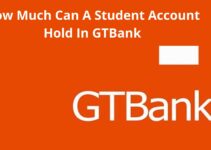 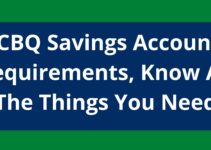 Please you must visit this article "https://thetransfercode.com/which-banks-make-up-cbg/" for updates and any possible changes that we may make to this guide. In this month of November 2022, we have a lot of guides on banking and finance for you on this website. Read more.