Home
Internet Banking
How Many Banks Make Up CBG, All Bank In Consolidated Bank Ghana

Do you want to know how many banks make up CBG? Then this guide is what you need. In this guide, you will be treated with the number of banks that constitute Consolidated Bank Ghana and other interesting facts about the bank.

The Consolidated Bank of Ghana is known to be the coming together of some banks in Ghana under the banking sector reforms by the Bank of Ghana.

CBG was formed in August 2018 by the declaration of the government of Ghana based on the results from the banking reforms in 2017.

Before this event in banking history, these various banks have existed separately, and it was established during the aftermath of the banking reforms.

These banks merged to form a common ground in which they could still serve their customers and the nation.

And after their establishment period, they have not ceased to confer appreciable and attractive banking services upon their customers.

How Many Banks Make Up CBG

The Consolidated Bank of Ghana is made up of seven (7) banks presently. These banks have had their assets combined to create a hyper-bond for them to operate in the competitive banking front in Ghana and the world at large.

As mentioned already, the Consolidated Bank of Ghana is made up of seven (7) banks. These are; Sovereign Bank, Construction Bank, Beige Bank, UniBank, Heritage Bank, Royal Bank, and Premium Bank.

Its initial establishment was birthed out five (5) banks, and an additional two were added up in the subsequent years.

Ever since its establishment, CBG has seen tremendous expansion in its operations, and it has increased its customer circumference just three (3) years down the line.

In Which Year Was CBG Formed

Consolidated Bank of Ghana was formed in 2018. Its establishment was due to the banking sector reforms set out by the Bank of Ghana.

This reform was to assess the risk of financial insecurity among the various banks in Ghana and devise ways to eliminate these risks.

Where Is CBG Headquarters Located

Consolidated Bank Ghana has its headquarters located on the first floor Manet Tower 3, Airport City in Accra. Their head office is the central seat for all their operations in Ghana. 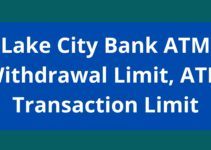 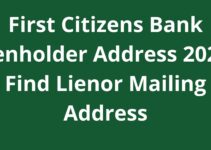 Please you must visit this article "https://thetransfercode.com/how-many-banks-make-up-cbg/" for updates and any possible changes that we may make to this guide. In this month of November 2022, we have a lot of guides on banking and finance for you on this website. Read more.