Are you interested to learn about the Provident Credit Union ATM withdrawal limit in the US? If you do, then check out this guide!

The credit union, founded in 1950, has 21 branch locations throughout the Bay Area and is federally insured by the National Credit Union Administration. (NCUA)

The credit union has partnered with the CO-OP, MoneyPass, and Alliance One networks for more surcharge-free ATMs.

MoneyPass has over 23,000 ATMs nationwide, including those found at the US Bank, Dunkin Donuts, and Walgreens, among others.

Alliance One has over 4,900 ATMs in 43 states nationwide.

To find the nearest ATM, please click on this link;  https://providentcu.org/locations.

You can also text your location or zip code to 69-2667 to find the nearest CO-OP ATM.

This is the Provident Credit Union ATM network in the US.

The daily ATM withdrawal limit for Provident Credit Union is $500.

When using a signature-based Check card, your withdrawal limit is $1,000 per day.

The daily limits expire at midnight every day, so if you need more cash, you need to wait till midnight for the limit to reset.

There are no weekly or monthly ATM withdrawal limits.

This is the Provident Credit Union ATM transaction limit in the US.

What Are The Charges For Provident Credit Union ATM Withdrawals

There are no charges for cash withdrawals at Provident Credit Union ATMs and CO-OP ATMs.

For out-of-network ATMs, you are allowed four free ATM withdrawals per month.

You may be charged an additional fee by the ATM operator or the ATM network.

You are charged a transaction fee of 1% of the total amount you withdraw for foreign transactions.

All charges are debited from your account when you choose to proceed with the transaction.

This is all the information you need about the Provident Credit Union ATM transaction limit in the US. 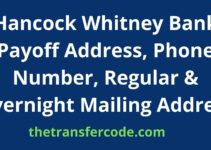 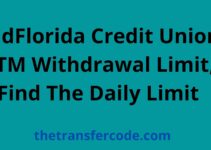 Please you must visit this article "https://thetransfercode.com/provident-credit-union-atm-withdrawal-limit/" for updates and any possible changes that we may make to this guide. In this month of November 2022, we have a lot of guides on banking and finance for you on this website. Read more.