In our guide today, we will show you the Ally ATM withdrawal limit in America.

This is online banking with multiple deposit accounts and with attractive interest rates.

The bank has a large fee-free ATM network of more than 43,000 Allpoint ATMs across the U.S.

We will first show you the cost of Ally ATM withdrawal in the U.S.

What Are The Ally ATM Charges

There are no charges when you withdraw at Allpoint ATMs in the U.S.

You get a reimbursement of up to $10 at the end of each statement cycle for fees charged at other ATMs nationwide.

The bank also pays interest on the reimbursement starting when the funds are credited to your account.

You are charged a standard fee of up to 1% of the transaction amount for currency conversion or cross-border transactions when you use an overseas Allpoint ATM.

The ATM owner has an additional surcharge when you use a non-Allpoint ATM abroad.

These are the charges for Ally’s ATM withdrawal in the U.S.

Beginners at Ally, however, have a daily withdrawal limit of $500.

This is likely to last for the first 90 days, after which you will be upgraded to the $1,000 limit.

You can only make six withdrawals per statement cycle.

You are charged a $10 excessive transaction fee when you withdraw more than the set limits.

This is the Ally ATM withdrawal limit in the U.S.

How To Find Allpoint ATM

Ally bank operates with Allpoint ATMs, so it’s advisable to withdraw there to avoid extra charges.

You can use Ally’s ATM & Cash Back locator to find ATMs across the U.S online, http://www.allpointnetwork.com/.

Most Allpoint ATMs are placed in CVS, Walgreens, Target, and Walmart.

You can also use the Ally mobile app to locate the nearest ATM.

You can use your Ally debit card at any ATM worldwide.

This is how to find an ALLY ATM in the U.S. 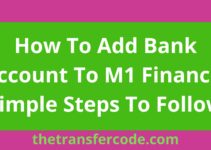 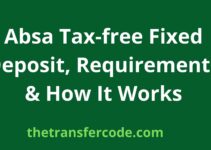 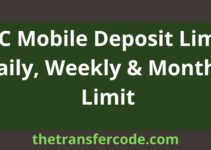 Please you must visit this article "https://thetransfercode.com/ally-atm-withdrawal-limit/" for updates and any possible changes that we may make to this guide. In this month of November 2022, we have a lot of guides on banking and finance for you on this website. Read more.