Following the change in ownership in 1996, GCB has had many changes in its operations. In today’s guide, we will serve you with who is the CEO of Ghana Commercial Bank.

And just every institution thrives on the effective operations of all member units, and it is needful that GCB bank does so.

The work of the Chief Executive Officer who names will later be revealed is to supervise all operations of the Ghana Commercial Bank because they are the first point of call for accountability.

Who Is The CEO Of Ghana Commercial Bank

Currently, John Kofi Adomako is the Chief Executive Officer (CEO) of the Ghana Commercial Bank. He also serves as the Managing Director and Director of the bank.

Where Is The Headquarters Of GCB

The headquarters of Ghana Commercial Bank is located in the country’s capital town, Accra. Accra is one of the most populated towns in Ghana, and it serves as the capital seat of the country.

It is no doubt one of the largest in terms of the assets there to established its headquarters.

How Many Board Members Does GCB Have

Who Are The Board of Directors of GCB

Here are the twelve (12) members that constitute the Board of Directors for Ghana Commercial Bank:

3. Socrates Afram is a Director and Deputy Managing Director for finance of Ghana Commercial Bank

7. Jude Kofi Arthur is the Chairman of the Ghana Commercial Bank

8. Edmond Prince Amoatia Younge is an independent non-executive Director among the Board of Directors of GCB

10. Nik Amarteifio is also an independent non-executive Director of the Ghana Commercial Bank

11. Francis Arthur – Collins is also a non-executive director of the Ghana Commercial Bank

12. And last but not the least of the Board of Directors for Ghana Commercial Bank is Emmanuel Ray Ankrah, who serves as a non-executive Director

In addition to some other names, the trustee members see to the successful running of the Ghana Commercial Bank. 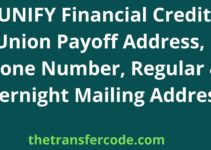 Please you must visit this article "https://thetransfercode.com/who-is-the-ceo-of-ghana-commercial-bank/" for updates and any possible changes that we may make to this guide. In this month of November 2022, we have a lot of guides on banking and finance for you on this website. Read more.