Today’s guide is simple. We will show you everything you need to know about the Wynberg Branch, including the SWIFT code, location address, email address, branch code, trading hours, and more.

Most people keep asking what is the Nedbank Wynberg branch code or even the official email address for the customer care.

If you want to perform banking and financial activities at the Nedbank Wynberg branch, then you need this guide for assistance with some key information about the bank.

You can use the Nedbank Wynberg email address to contact the support team should you need any assistance.

Also, knowing the Wynberg opening and closing hours will help you access the Nedbank services at the banking hall on time.

You can access a loan, internet banking services, life insurance, auto insurance, and mortgage services at the Wynberg branch.

We will also show you the Nedbank Universal Branch Code for money transfer at the Wynberg branch.

What Is Nedbank Wynberg Branch Code

For money transfers and other transactions, you will need the Wynberg branch code to be successful.

Because of that, the branch code to dial for the Wynberg branch is 183605.

Please note that the Wynberg Nedbank branch code, which is 183605, is only for the Wynberg branch.

Hence, you should only use the branch code 183605 for Wynberg and not any other South African branch.

The Nedbank SWIFT code for making money transfers in Wynberg is NEDSZAJJ.

If you are using the Wynberg branch, I will advise you to stick with the branch code 183605 unless you still want to use the Nedbank Universal branch code.

When transferring money in Wynberg, you can also use the Nedbank SWIFT code, which is NEDSZAJJ.

What Is The Wynberg Email Address

If you want to contact the Wynberg customer care via email, then ate official address to use is WynbergBM@nedbank.co.za.

That is the email address for the Wynberg bank.

For example, if you have issues sending or receiving funds using the Nedbank Wynberg branch code, then you can get help via email.

Where Can I Locate Nedbank In Wynberg?

That is where you can find the Nedbank Wynberg branch.

When you visit the Wynberg banking hall, you can access the loan, internet banking services, life insurance, auto insurance, and mortgage services.

Before visiting the Wynberg location address, you can also call customer service for directives.

Also, you need to know the trading hours for the Wynberg branch before going there.

So if you want to visit the Wynberg branch, then go to Cnr Watt Street And 3de Street.

What Are The Nedbank Wynberg Opening and Closing hours?

Below are the working hours for the Wynberg branch:

Those are the opening and closing hours for the Nedbank Wynberg branch.

As you can see from the table above, the Nedbank Wynberg Saturday banking hours, which is 08:30 – 12:00, are different from that of the weekdays.

Also, the Wynberg opening and closing hours may change, so you are advised to contact the customer service for current trading hours.

If you have any issues with any of the Nedbank services, such as the Wynberg branch code or sort code, don’t hesitate to get in touch with the customer care service on this number: 0800 555 111.

Can I Dial The USSD Code To Get The Wynberg Branch Code?

If you need the branch code, just enter 183605 for the Wynberg branch.

As you have seen from this guide, the Wynberg branch code is 183605.

Also, the Wynberg code is different from the Universal Branch code 198 765 and the SWIFT Code NEDSZAJJ. 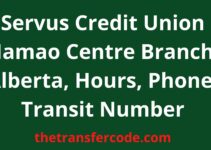 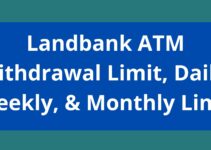 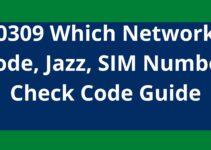 Please you must visit this article "https://thetransfercode.com/nedbank-wynberg-branch-code-location-address-working-hours/" for updates and any possible changes that we may make to this guide. In this month of November 2022, we have a lot of guides on banking and finance for you on this website. Read more.