Many Ghanaians have questions about Ghana Commercial Bank, and some ask, is it for the State? How much are the employees paid?

The Ghana Commercial Bank, popularly known as a commercial bank or GCB, is the most receiving bank on the continent of Africa.

They provide reliable financial support in all ports of Ghana through assistive services and detailed solutions to the majority of the Ghanaian population.

The Ghana Commercial Bank is among the top 10 ranked banks in Ghana with satisfying customer services and a large number of customers.

It is no doubt reading from the name that it is a government bank. However, it is not exactly so. You may be asking, is this so?

Yes, it is. The Ghana Commercial Bank, founded in 1953 with the initial name Bank of GOLD Coast (I guess you know why it was called that then), was to address the financial needs of workers who could not support their work financially.

GCB was entirely under the hands of the Ghana government from its establishment until 1996.

At this time, the bank’s ownership was split between the government, other institutions, and individuals.

What Is The Ownership Percentage (%) Of Government In GCB

As stated, Ghana Commercial Bank used to be entirely a state bank, giving the state 100% ownership of it, but due to the economic recovery program in1996, it is not so anymore.

The government is now having 21.36% of ownership, while the remaining percentage stands with individuals and institutions.

The percentage indicates that government is not on the majority stand when it comes to who owns GCB.

However, the government is always included in key decision makings for the bank.

What Is The Difference Between GCB And The Bank Of Ghana

Many Ghanaians sometimes confuse the bank of Ghana with the Ghana Commercial Bank, which I did at some point in time.

The Bank of Ghana was established as the central bank of Ghana. The bank of Ghana is the regulatory body for all banks in Ghana, whiles the Commercial bank is like the other banks that offer financial support to the people of Ghana.

Also, GCB was established to focus on commercial banking services. 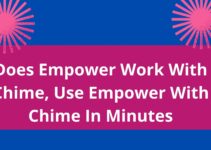 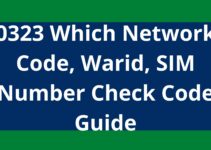 Please you must visit this article "https://thetransfercode.com/is-gcb-government-bank/" for updates and any possible changes that we may make to this guide. In this month of November 2022, we have a lot of guides on banking and finance for you on this website. Read more.