Do you want to make a cross-border financial transaction via the  Ghana Commercial Bank? You might want to know what the GCB Bank swift code is?

This is why this guide is here, and it will serve you with all the essential information around the GCB bank swift code.

What Is GCB Bank SWIFT Code

The GCB Bank SWIFT Code is an acronym for the Ghana Commercial Bank Society for Worldwide Inter banking Financial Telecommunication. It is also known as Bank Identification Code (BIC) in other instances.

The SWIFT code is very important for interbank money transfers, as it helps identify the destination bank for the money transfer.

Once the SWIFT code helps give the bank’s identity to which the money is being transferred, it helps to easily locate and confirm that the money received is the right account.

Without this SWIFT code or BIC, there would be major financial security breakdowns in interbank financial transactions.

Cross-border financial transactions operate around certain defined algorithms, like the SWIFT code, BIC, and IBAN. These algorithms help authenticate every international transaction made from one bank to another.

In the next paragraph, we shall look at the difference between these three (3) listed above.

What Is The Difference Between GCB SWIFT Code, BIC, And IBAN Number

These are essential to interbank financial transactions, but customers often replace one with another to transactional error.

If you want to avoid that, knowing what each represents in the bank’s financial transactions is necessary.

The SWIFT Code helps secure the identity of a bank whenever there is a financial transaction from one bank to another. It helps you not to doubt if it is the right bank the money is being sent into.

The International Bank Account Number gives the details of an existing bank account in the bank that has been identified as the destination bank using the SWIFT Code.

What Are The SWIFT Codes For GCB International Transfers

The Ghana Commercial Bank has registered SWIFT codes for four (4) locations. This means once you are in that location, you can use the corresponding SWIFT / BIC for your interbank financial transaction.

The GCB SWIFT / BIC is made up of eleven letters and numbers. The first four characters give an identification of the GCB bank on the international front.

The succeeding two characters give an identity of the country in which the bank is located, giving it its geographic position.

The final three (3) stands for the specific branch of the bank in the region.

These are the four (4) SWIFT Code for the four locations in Ghana by the Ghana Commercial Bank :

4. The SWIFT Code for Takoradi GCB is GHCBGHACTDI 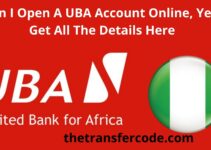 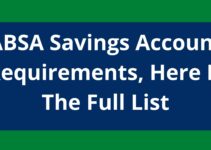 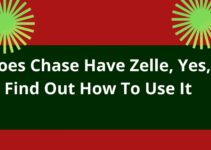 Please you must visit this article "https://thetransfercode.com/what-is-gcb-bank-swift-code/" for updates and any possible changes that we may make to this guide. In this month of November 2022, we have a lot of guides on banking and finance for you on this website. Read more.