Does GCB Bank give overdraft? Well, that has been one question that many customers in Ghana are asking.

If you want to know whether Ghana Commercial Bank has an overdraft facility for its customers, then you have made no mistake for bumping into this guide because that is what this guide is about.

In this guide, that question, (Does GCB Bank give overdraft) will be answered, not only that though, but other essential information about the GCB bank overdraft facility will be provided to you also.

The Ghana Commercial Bank is among the list of the longest-serving banks in Ghana, reaching out to most Ghanaians with their incredible financial assistance driven by the impetus of promoting financial liberty to the average Ghanaian.

What Is An Overdraft

An overdraft is a compound word from the words over and draft. It simply means to go beyond a payment plan.

In more technical terms, an overdraft from a bank means you are given a space to borrow money through your account, and this amount borrowed exceeds your account balance. Overdraft is another type of loan scheme in the bank.

Overdraft always comes with charges, so before you request an overdraft from your bank, I will implore you to understand the terms and conditions surrounding an overdraft comprehensively.

Does GCB Bank Give Overdraft

Yes, GCB has made available overdraft facility for anyone who is within the Ghana Commercial Bank circumference.

The importance of this overdraft facility provided by GCB in Ghana is many. It has cushion businesses, helped solve emergency financial predicaments, and others.

So if you are looking to go an overdraft from the Ghana Commercial Bank, then you are good to go because their overdraft facility has flexible terms and conditions, like a payment plan, amount you can borrow, and others.

Requirements To Get GCB Overdraft

GCB, Ghana provides overdraft to customers upon agreement with the bank when you satisfy all the requirements available to get an overdraft.

These requirements are:
1. A registered account with Ghana Commercial Bank, which is operating

2. Payment slip for the last three (3) months (if you are a salaried worker)

This overdraft may be given after you have made arrangements with the GCB bank.

However, suppose this arrangement is not made and you happen to withdraw money to exceed your account limit.

In that case, you may be charged an additional fee and interest at the current rate for unauthorized borrowing (withdrawal).

How Much GCB Does Charge For Overdraft In Ghana

With Ghana Commercial Bank overdraft, no amount is paid as an extra fee for the account if you are in line with the payment and withdrawal scheme governing the overdraft facility.

Once you have overdrawn, you are charged an extra fee only on the debit balance if you borrow to exceed the account limit.

Customers pay no exact amount for overdraft since the extra fee is calculated based on the current interest rate on borrowing.

That means that when you overdraw your account, you are charged extra cost depending on the interest rate on borrowing when you have overdrawn your account. 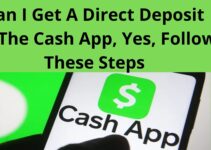 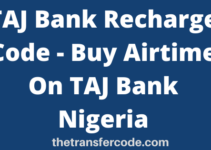 Please you must visit this article "https://thetransfercode.com/does-gcb-bank-give-overdraft/" for updates and any possible changes that we may make to this guide. In this month of November 2022, we have a lot of guides on banking and finance for you on this website. Read more.